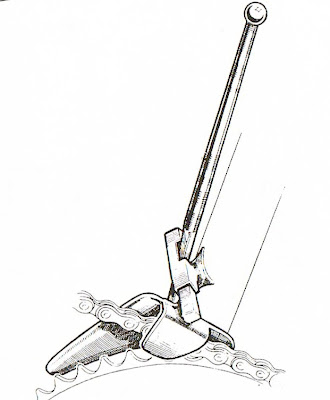 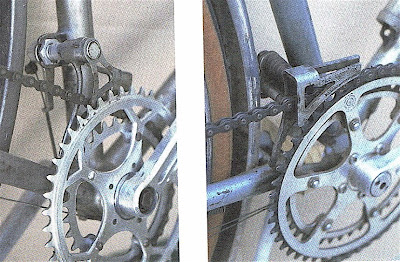 Simplex cable operated front derailleurs from the 1930s.>
I acquired a small, nicely constructed Routens frame some years ago but the Routens derailleur and its left hand down tube control lever had been sawn off by the previous owner, presumably so that a standard model could be fitted.
A customer was very interested in the frame but only if I could replicate the original derailleur and lever.
I managed to find photos of Routens bikes, some of which showed good images that I could use as patterns. 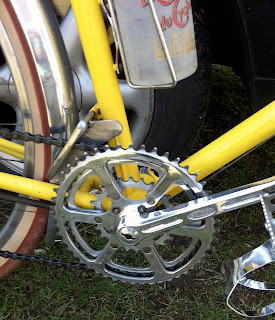 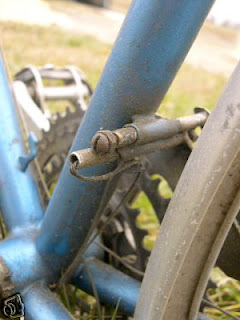 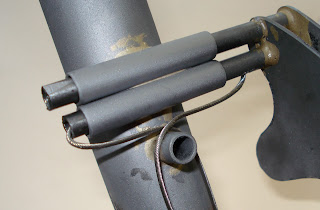 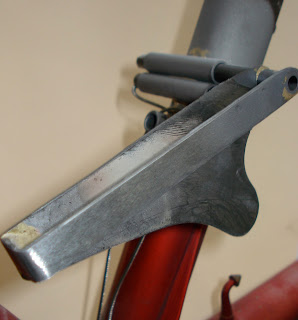 The replica.
I set it up with TA 26/49T double chainrings and the chain makes the jump both up and down very smoothly. 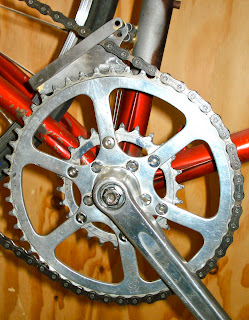 However I cannot see that it works any better than a Simplex or Huret model that would have been available to Jo Routens when he built the bike. So why go to all the bother? Just to say “I can” I suppose.

I made a lever to accommodate the twin (loop) cable.
The derailleur and lever parts are off to the chromer now and the frame to Velocolour for painting. I will post images of the complete bike when it is finished,
Posted by Bicycle Specialties

Very nice. The custom cable or rod-operated French front derailleurs are fascinating. And there are many. On the Routens, it seems the screw on the top tube limits the outwards movement of the cage. How is the inner limit set?

As you say the outer limit is set by a screw in the end of the upper sliding rod. I have the same screw on mine although it is not fitted in the photos.
The inner limit on mine is set by a sliding collar on the upper rod between the cage and the tube. This is not shown in the photos.
I have not been able to see any inner limit stop on any of the photos of Routens derailleurs.
It is possible to limit the throw by adjusting the cable.

I have heard the suggestion that the rod operated front derailleur will self-trim, assuming it is not a type with a spring.

Hi James,
There were many bikes with the three cable guides on the top tube.
If you send me some photos of the frame I may be able to identify it. mike@bikespecialties.com

I guess that even back then, builders were looking for a point of difference in their frames and components to distinguish themselves from the herd.
That could be why he designed his own front derailleur, when there were other very serviceable units available.
You repor looks great!

Nice article, I really appreciate your efforts. it is very helpful for me. so thanks for sharing and keep sharing this informative material. Polyurethane Bicycle Saddles Suppliers

I really love it and amazing information in this blog. it's really good and great information well done. Bicycle led warning Suppliers In India.