William ‘Doc' Morton played a large part in Canadian cycling history but very little is known about him these days.

Morton won a bronze medal in the 1908 Olympic Team Pursuit. It has been reported that he competed in the 1901 "Pan American Championships" but I cannot find any reference to such an event. There was a Pan-American Exposition in Buffalo New York that year. Possibly there was a bike race but i cannot find any confirmation of it..

Later in the twenties he opened a bike shop in the West End of Toronto. I understood that the shop was on Dundas West but I have recently read that it was called Lakeshore Cycles which doesn’t make sense if it was on Dundas. I’m pretty sure that he had nothing to do with the Lakeshore Cycles in Mimico.

He built frames which were in great demand by the top riders of the day. In those days the only race bikes were what we would now call track bikes, as fixed wheel was used both on road and track.

I also understand that Morton had a velodrome built in Toronto's Christie Pits.

Some years ago I was given a couple of Doc Morton bikes from an ex racer who competed in the thirties. One was a bike that he had purchased in the late twenties He later fitted a very early Simplex derailleur to it. . The other was a tandem that Doc Morton had built for a Canadian pair to ride the 1932 Olympics. However it never made it to the Games.

Morton also made large flange hubs which were machined from aluminum This was quite a development in those days, when most hubs were made of steel.

If anyone has any more history on Doc Morton I would be very pleased to hear it. 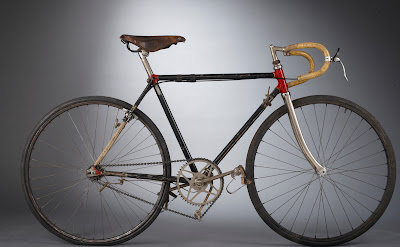 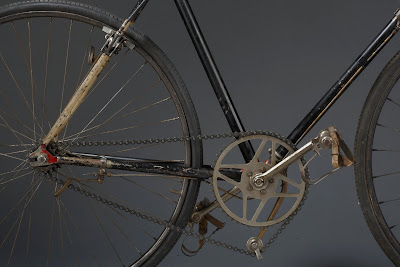 The early Simplex derailleur. The tension arm is mounted beneath the bottom bracket and a derailling fork is mounted under the chainstay. This derailleur is very similar to the Super Champion Osgear of the same period. 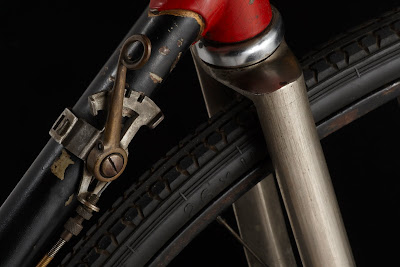 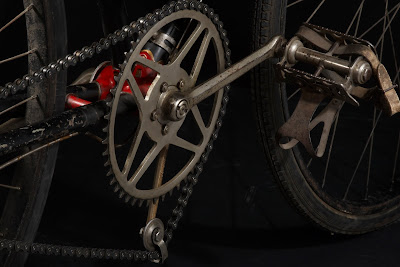 CCM cotterless cranks. The very best there were for many years 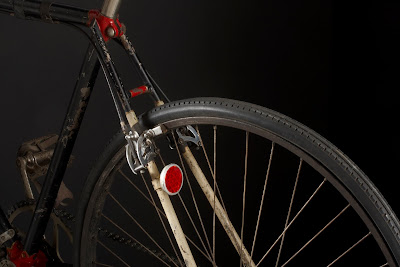 Resilion Cantilever brake. This was state of the art in the thirties. 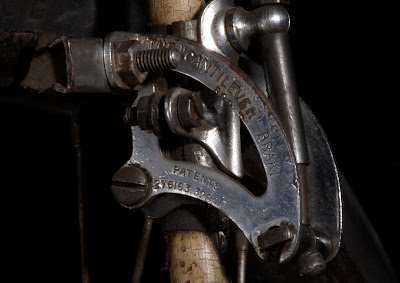 Close-up of the brake. It is operated by a complicated "Y" cable. 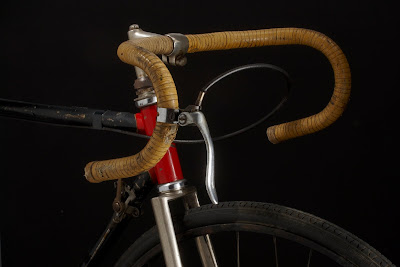 The Resilion brake lever wasn't the most comfortable to operate from 'the tops'. 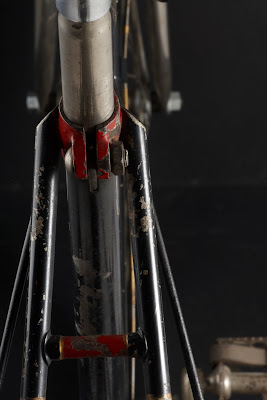 It looks as if Morton used CCM lugs and fork crown. 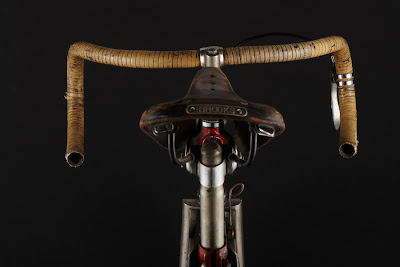 Of course a Brooks saddle was a 'must'.


All of the above photos were taken by Walter Lai. www.walterlaidesign.com
Posted by Bicycle Specialties 9 comments: